You are here: Home / Advice / Nutrition / What’s the Best Milk for Toddlers?

Choosing a milk for toddlers can be such a challenge! So if you worry that your toddler isn’t drinking enough milk, is drinking too much milk, or is maybe not drinking the “right” kind of milk, this will help. 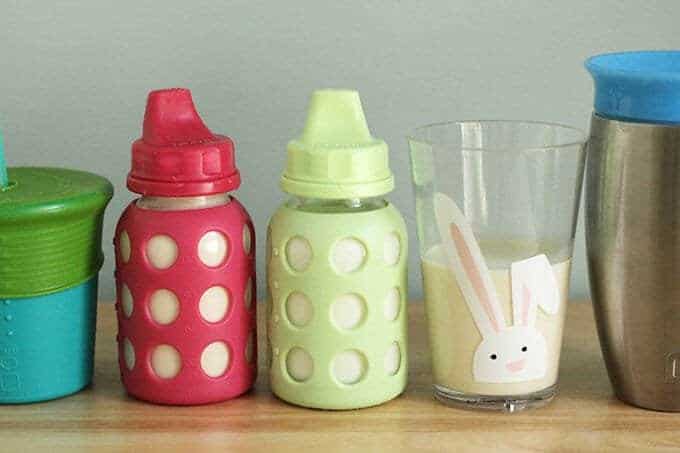 I’m going to cover grass-fed milk, dairy milk, the most popular nondairy milks, newer pea protein milks, and important facts to help you know which milk is the best milk for toddlers. Plus, how to know just how much milk your toddler really needs—and signs that they might be drinking too much.

How Much Milk Should My Toddler Drink?

The AAP recommends that toddlers consume 2-3 servings of milk or other dairy products a day. A toddler serving is ½ cup or 4 ounces. As your toddler grows, that serving size may increase to closer to 1 cup. Check the size of the sippy cup or open cup you use for milk—you may be serving more than you realize since some cups are more like 9-12 ounces.

Here are a few factors to consider when deciding which milk to transition your baby to when they turn one and are a toddler.

Should My Toddler Have Vat Pasteurized Milk?

You may see the label ”vat pasteurized” to reflect that a milk was heated in small batches at a lower temperature for a longer amount of time—and the milk may come with a layer of cream on top that need to be shaken back into the milk. Many find the flavor of this type of milk from a flavor standpoint since it tastes more like fresh, raw milk—but it’s safer than actual raw milk from a food safety perspective. These milks often have shorter shelf lives than ultra-pasteurized milk, so be sure to check the label.

Should My Toddler Have Fairlife Milk?

Fairlife, a brand owned by Coca-Cola, is filtered to have more protein and less sugar. Toddlers don’t need extra protein (or to cut carbs) so I wouldn’t go this route unless recommended for a specific reason by your pediatrician.

Should My Toddler Drink rbST-free Milk?

This is a slightly complicated topic. The hormone rbST can increase the amount of milk a cow can produce by 15% (which seems potentially worrisome) and also decrease the amount of feed they need (which is a good thing as far as food supply and cost to farmers goes). The FDA hasn’t found any proof that there’s harm to human health from drinking milk from cow’s who’ve been given this hormone, but it’s banned from use in Canada. (It’s also produced by Monsanto if that raises red flags for anyone.)

For anyone looking to avoid added growth hormones in the food they serve their family, you probably want to steer clear.

On a carton or container of milk, the term “milk from cows not treated with rbST” is usually in small type towards the middle or bottom of the front or side of the label. You may want to look for this if you buy conventional milk. Organic milk won’t have it per the USDA regulations and many locally made milks from smaller companies won’t have it either.

Do I need to worry about the sugar in milk? 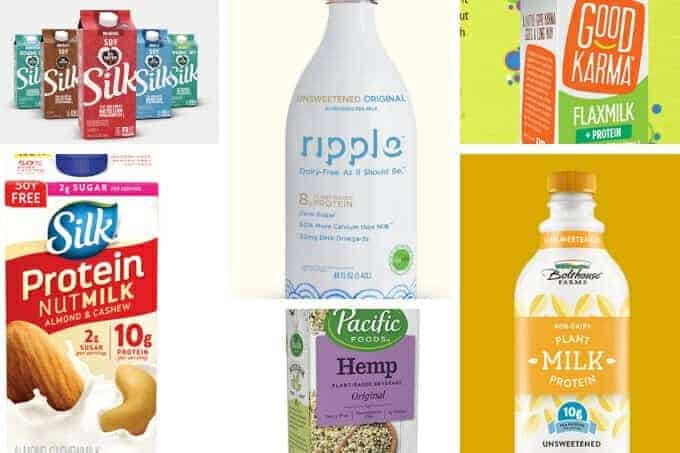 What Non-dairy Milk Substitute is Best for Toddlers?

There are so many plant-based milk options on the market that it can be really hard to know what to buy. Here’s a breakdown of the most widely available and popular ones to help you pick one if your toddler can’t tolerate dairy, or if you just want an option to use in smoothies. And generally speaking, opt for plain, unsweetened nondairy milks to avoid excess added sugars.

The vast majority of nondairy milk, including almond, cashew, and rice, contain little nutrition on their own. While most are fortified with calcium and vitamin D, few contain any protein or fat. I think of them like water or as a neutral base for smoothies. They are good for hydration, not much of a source of anything else when comparing to cow’s milk.

Which Milk is Best for Toddlers with Nut Allergies?

From the nondairy milks above, Ripple, Good Karma, Bolthouse Farms, and soy milks are good options for a toddler with a nut allergy. (Rice milk is also usually nut-free, though it doesn’t have much nutritional value.) These are also great options if you need a nut-free nondairy option to send to daycare or preschool. Be sure to double check labels to confirm that the one you choose is nut-free.

The AAP recommends that kids over 2 switch to low fat milk—despite research that that might not be the best idea for long-term health goals. A study published in 2013 by the found that kids who drank 1% milk had higher BMIs than those who drank whole or 2% milk. Many studies have also shown that all of us are fuller after eating higher fat dairy products and therefore may eat less overall.

If you have questions about the type of dairy milk to offer your 2 or 3 year old, bring it up with your pediatrician. (We do whole milk in our house!) 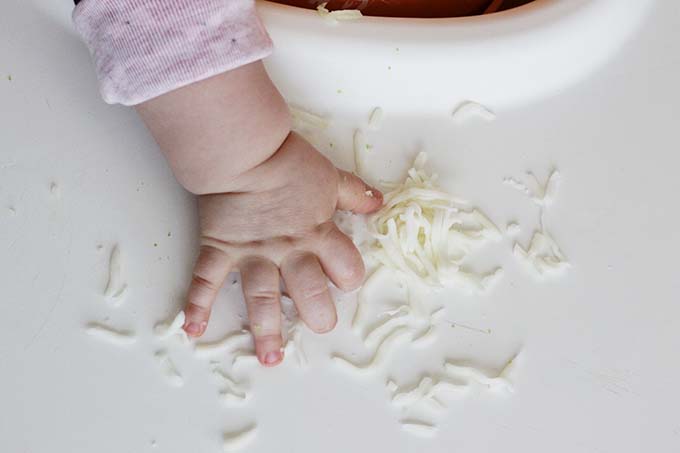 Nope! Toddlers can get the nutrients from milk in other dairy like cheese, yogurt, and kefir. The goal should be 2-3 servings of dairy a day, which may (or may not) include milk.

If my toddler doesn’t drink milk, what are good sources of calcium?

If your kiddo doesn’t like dairy or nondairy milk, cheese or yogurt, try to include these foods.

Can My Toddler Drink Too Much Milk?

Short answer: YES! Milk is often a reason that a toddler won’t be hungry for a meal. Milk is food after all and it can be very filling. A toddler can down 4-8 ounces of milk really quickly, especially when drinking from a sippy cup…and especially if drinking from a sippy cup and doing other things at the same time (walking, watching a screen, etc).

If your toddler isn’t wanting to eat much food, try cutting down on the amount of milk you offer and how frequently you offer it. A good goal if you suspect this to be impacting how much food your toddler is eating is to offer milk at meals and water in between.

TIP: Read more about how much milk is best for one year olds.

Bottomline on Milk for Toddlers

As always, discuss any concerns with your pediatrician. This post is not meant to be a substitute for medical advice. 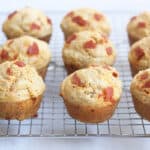